The Power of Team

I spent 10 days in Finland this winter covering the 2017 FIS Nordic World Ski Championships. With three different skiers winning medals, it was one of the most successful world championships ever for the U.S. women’s cross-country ski team. And with a silver in the sprint and bronze in the team sprint, Jessie Diggins now has four world championship medals (more than almost all the American alpine skiers except Lindsey Vonn, Ted Ligety, Bode Miller, and Julia Mancuso, and tied with Mikaela Shiffrin). The U.s. women’s cross-country ski team has now won medals in the past three world championships and in four of the past five (2009, 2013, 2015, and 2017). It’s a testament to their strength as a team.

Here’s my coverage of the team sprint and the relay. 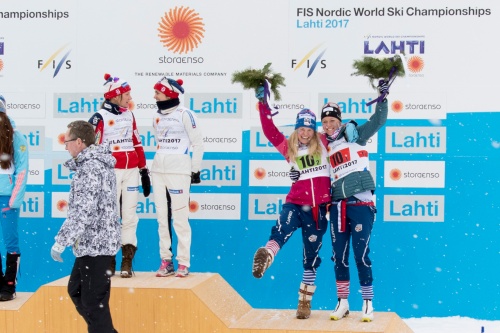